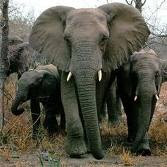 Words are cheap. The biggest thing you can say is 'elephant
- Charlie Chaplin
The Call made- “Hi friend, I heard about the elephants near our department by security person. Is it true?”. “Hello mummy I am alone in department and I am terrified hearing that elephants have created havoc few minutes before. What to do?” “Hey Friend where are you, it is true that elephants have gone nearby Tata Steel Complex after they came from civil engineering department”. “Hi dear I cannot go out now as three elephants have come and security person have said to wait for some time.””I am leaving now will you go with me”?
The replies came- “What elephants! Real One? You must be joking”. “You are alone in the department? What is the need? You can study in hostel. I understand work is important for you, but still if no one is there why you went alone. Is this you alone who have work and no one in your department? Was it necessary to go department in Sunday?”. “Your boy friend and his family have come to meet you, so don’t worry. I will go to your department and we can go back hostel together (Chuckles)” “Are you alright? Do you know the location of elephants? Call security and try to know from main gate security or ask VGSoM security guard about elephants. Come hostel when it is safe.””Nothing will happen, you go to hostel”
The discussions made- “Two to three elephants created panic in IITKGP. Previously they had spread terror in some villages in Midnapur recently.  Did u see the elephant? My colleague saw. He was having tea at Tikka and suddenly the walls and barricades started moving and people ran. I heard it is still inside. They entered through Gopalpur village, smashing six houses on way and seriously injuring eight who are presently at Charmari hospital around 6 pm. Why you are sad, they (elephants) should be sad. They had come by invitation to spring fest to hear Sunidhi, someone gave the wrong date to them. So they became (elephants) became mad (Chuckles).”. “ I thought you went outside and the elephants followed you as you are leader. I went to see the elephants. I heard 5 are there outside IIT. Now it is near tech market”. “I was near staff canteen path when I saw the elephant, just few feet near me. I had no knowledge about it when some people shouted saying ‘Elephants’. Now I came back hostel”. “Only for five minutes, I am alright now. The way I was going, five minutes before that the elephants went that way” “The elephants came? Wow I want to see them”. “I know the elephants had entered, as my father had rang me and conveyed about it from Midnapur. My guide was making joke about it, even if they come IIT for applying for PhD , I won’t take them it does not matter how much intelligent they are because I have already so many PhD candidates working under me (Chuckles)”. “News came that the two elephants had come into Palta village through Choto Kalankapur village. They spoiled about four to five acres of paddy fields belonging to seven villagers. The tuskers then uprooted many banana trees. news came the two elephants had come from Sankrail and Nayagram, probably in search of food and the forest officers have not got hold of those elephants”
Below are the lines of Blind Men and the Elephant by John Godfrey Saxe:
It was six men of Indostan
To learning much inclined,
Who went to see the Elephant
(Though all of them were blind),
That each by observation
Might satisfy his mind
The First approached the Elephant,
And happening to fall
Against his broad and sturdy side,
At once began to bawl:
"God bless me! but the Elephant
Is very like a wall!"
The Second, feeling of the tusk,
Cried, "Ho! what have we here
So very round and smooth and sharp?
To me 'tis mighty clear
This wonder of an Elephant
Is very like a spear!"
The Third approached the animal,
And happening to take
The squirming trunk within his hands,
Thus boldly up and spake:
"I see," quoth he, "the Elephant
Is very like a snake!"
The Fourth reached out an eager hand,
And felt about the knee.
"What most this wondrous beast is like
Is mighty plain," quoth he;
" 'Tis clear enough the Elephant
Is very like a tree!"
The Fifth, who chanced to touch the ear,
Said: "E'en the blindest man
Can tell what this resembles most;
Deny the fact who can
This marvel of an Elephant
Is very like a fan!"
The Sixth no sooner had begun
About the beast to grope,
Than, seizing on the swinging tail
That fell within his scope,
"I see," quoth he, "the Elephant
Is very like a rope!"
And so these men of Indostan
Disputed loud and long,
Each in his own opinion
Exceeding stiff and strong,
Though each was partly in the right,
And all were in the wrong!
So oft in theologic wars,
The disputants, I ween,
Rail on in utter ignorance
Of what each other mean,
And prate about an Elephant
Not one of them has seen!
"Not one of them has seen" is applicable to me and my friends. Even if not seen we had lot of discussions on it  thinking what will happen next and wishing no one get injured or no damage may happen and hoping all will went well.
http://www.facebook.com/video/video.php?v=196529810373538
N.M.Leepsa
6th February 2011
- February 06, 2011 5 comments:

Capstone Project: The 5 W's and the H 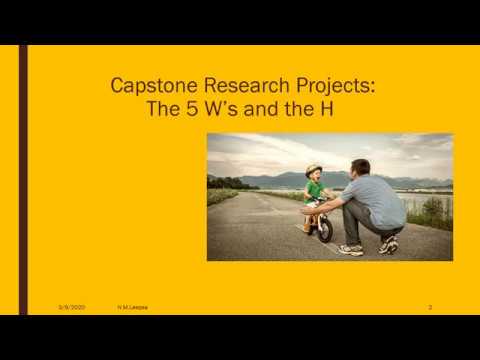